Find out about events, conferences, workshops and courses in which we and our partners participate.

For other events see the WASH Events Calendar.

In The Netherlands we organise WASH Debates on wicked topics facing the sector.

An annual festival promoting children's rights in the Indian state of Odisha through short films. 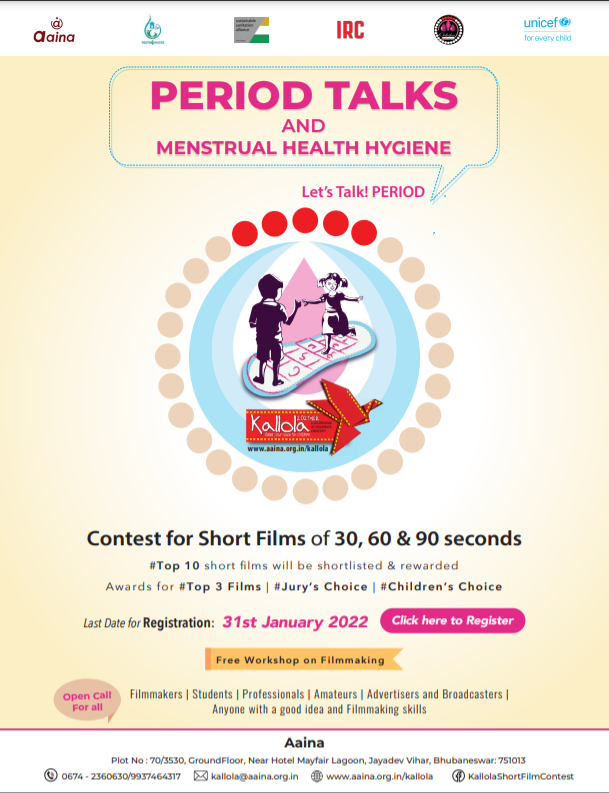 The Kallola Festival comprises of 2 parts:

Film-makers, both amateurs and professionals, young and old, from all over India are invited to register for the short film contest by 31 January 2022 - see the poster above. The top 10 short films will be shortlisted and rewarded.

Register for the contest

On 10th December 2021 short films made by children of Kallola 2021 from Manikeswari and Tapoban High Schools were screened in Bhubaneswar, Odisha. Speakers from the organisers, UNICEF and Aaina, attended the screening together with other dignitaries. 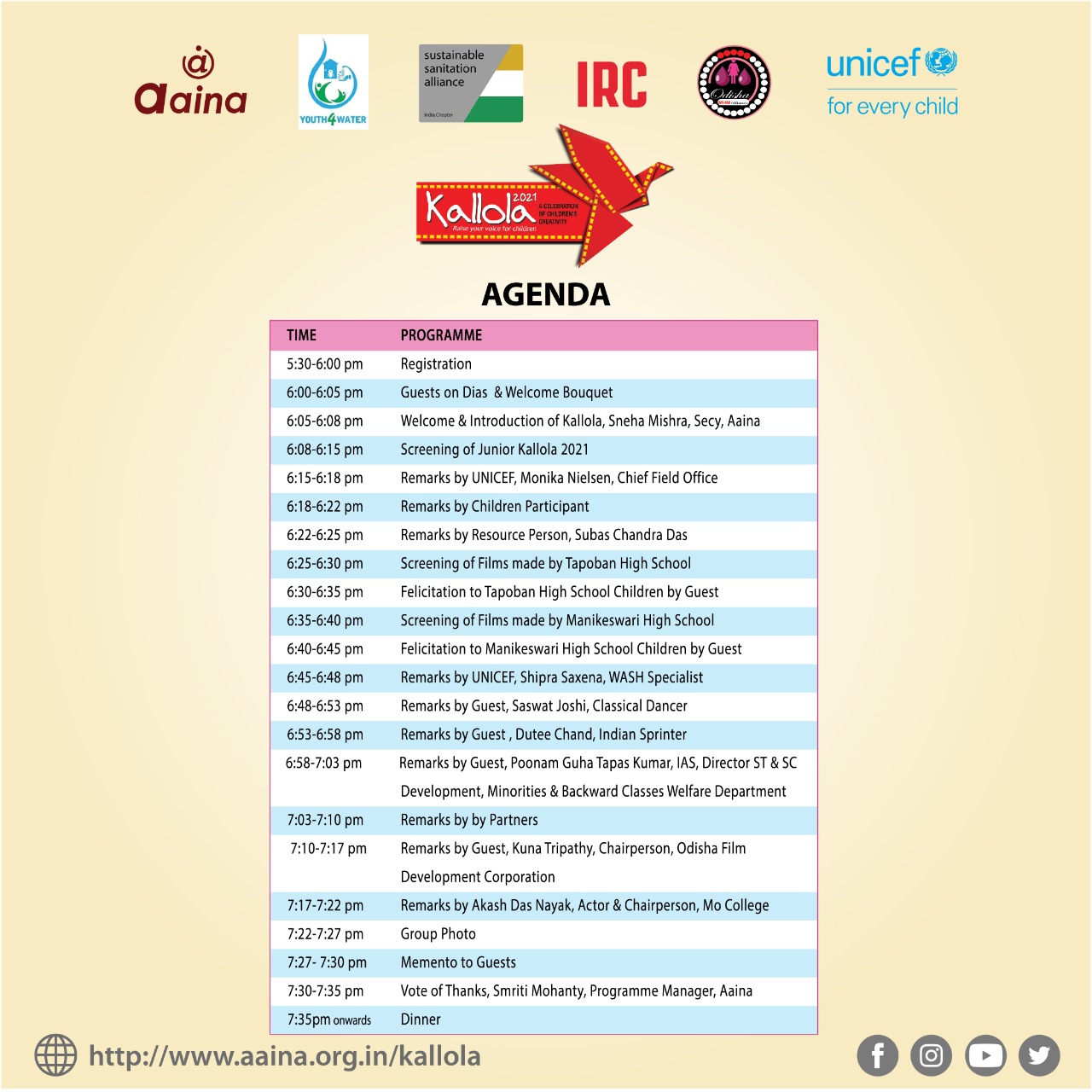 Short films by students of Manikeswari and Tapoban High Schools

View below the four short films that were showcased at the screening.

Parichhannata | A film by students of Manikeswari High School, Bhawanipatna