In 2015, Wassa East had very low levels of basic sanitation. But when the District Assembly launched a campaign to promote household latrines it became a victim of its own success. 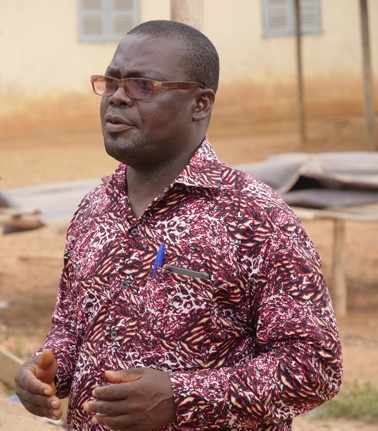 The Assembly WASH team went from house to house, providing toilets for those who applied. Demand soon outstripped supply – reflecting that the community was ready for change but resources were in short supply.

Obed Amos Yao Teli, Wassa East Environmental Health Officer, described how they had to pause and reflect. “As the Assembly started assisting people with the household toilet facility, more applications started coming in. The resources that the Assembly was using went down – so the Assembly had to stop its programme and go back to remobilise itself.”

In 2016, the Assembly received financial support from the World Bank. In partnership with the Community Water and Sanitation Agency (CWSA), a new programme began to trigger Community-Led Total Sanitation in 15 communities. The programme delivered 502 Digni-loos, a Ghana designed affordable, durable and reusable plastic latrine slab that is easy to install and maintain.

In March 2020, the CWSA declared six of the communities to be open defecation free. Work in the other nine is ongoing.